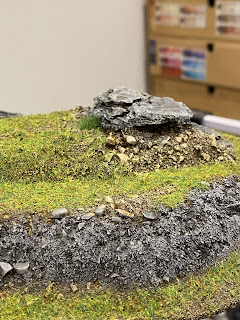 A little while ago after seeing the quality of their work, I emailed Two sheds Fred to see about placing a commission. I had seen some lovely hills in their Facebook site but asked if I could add some rocks and scree to them. Well they received the email and made these fantastic hills, better than I was hoping for to be honest.

I’ve only looked at one of the four commissioned, as I’ve put them aside for a Christmas present to myself. I just had a peak at one and as you can see, it’s great. 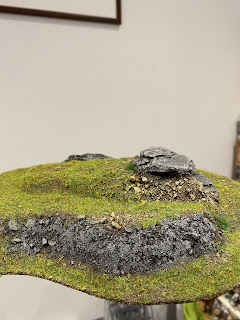 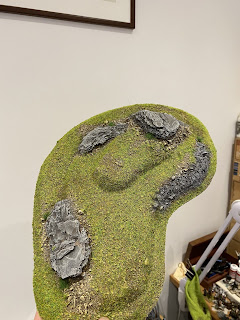 I asked for the rocks as I think they look very Middle Earth and should tie in with my ‘Hobbit’ armies. I also asked for little land slides of scree, as this just adds a bit more detail and colour to the hills. 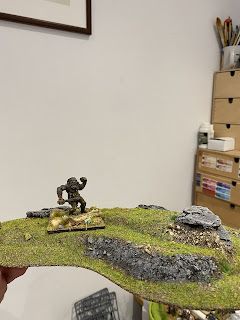 A Hill troll enjoys stomping around his very own hill. It’s so nice to see him happy after all these years. 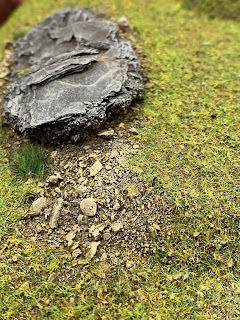 I love the detail. 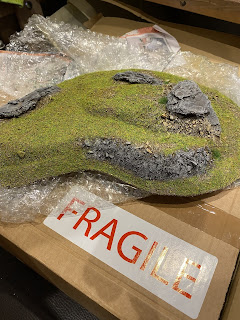 They also came nicely packed for safety, this is handy as I will keep them in the box until I move and can store them properly. 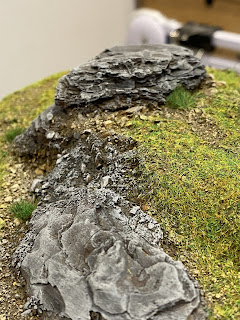 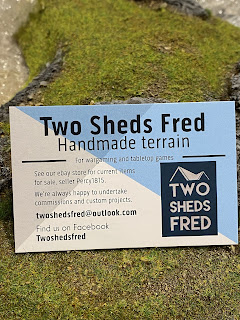 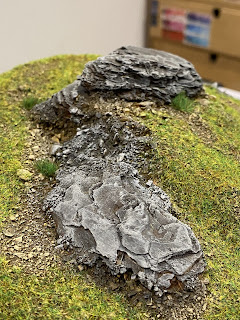 Very nice product and a great Christmas present to the forces of good. They will stand on these and unleash arrow death on the approaching armies of Gundabad. Well, that’s the plan away.

What a great looking hill!