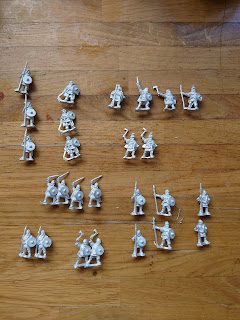 I was taken with the new range of 15mm from West wind 'war and Empire', so I thought I would buy a bag. This bag was a bit of a tester really just to see what the sculpts are like. Well, they turned out to be very nice indeed. 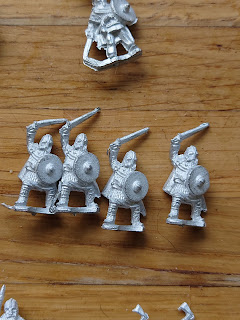 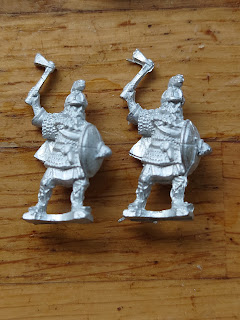 The detail on the little figures was good and there was a good variety in the pack too. This pack is the raiding early Saxons. 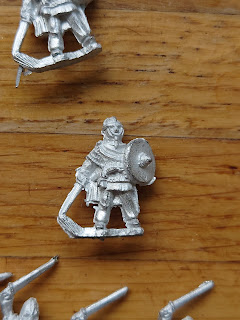 Of course this puts me in a dilemma, for I have been collecting 28mm Arthurian forces for a future project. If I paint up a 15mm army will I still want to go there in 28mm? 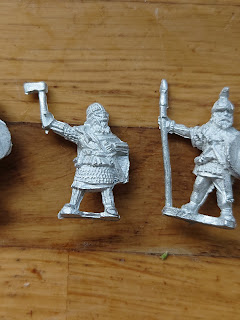 I wonder if painting 24, 15mm is the same time as painting 12, 28mm. Both have their advantages and disadvantages. I suppose I had better give it a go and find out. 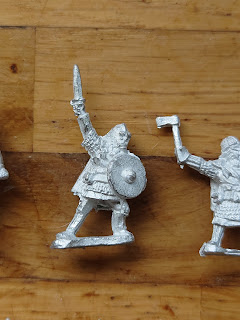 I suppose the advantage of 15mm is you can just do base colours then give them a wash and jobs done. 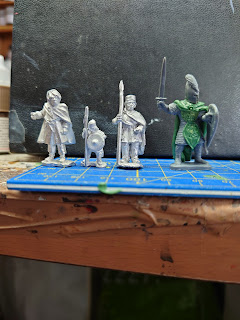 Here is a line up of 28mm figures. Artisan, West wind 15mm, Foundry and a Conquest Norman/Elf. 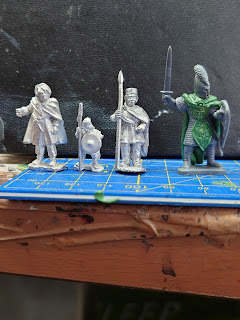 The Fellowship of the ring sets out from Rivendell.
Posted by Secundus at 4:53 pm

Try painting 15mm... it is very gratefull. About time... of course it take less... but you will be discovered yourself painting a lot more minis/units...hehe.