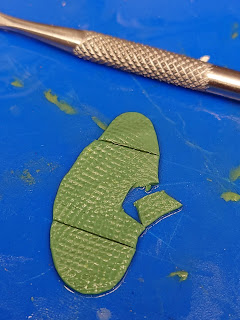 For breakfast today I mixed up another batch of delicious green stuff, to finally finish off all those little odds and ends. 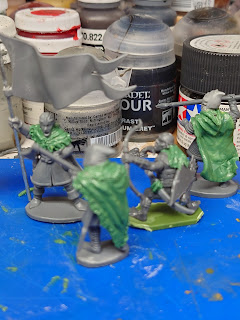 These included a couple of extra Elves that had turned up to the party late and a few new Goblin archers. 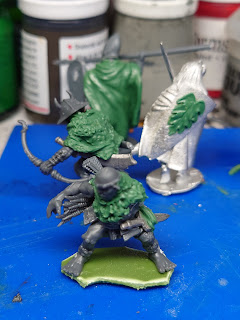 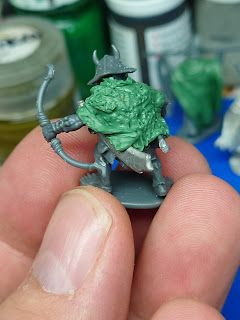 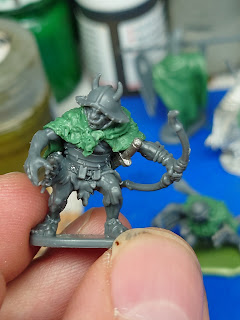 I thought I would try a couple of archers reaching for another arrow just for some variation.

I rolled one of the putty tools in the green stuff to get a mesh type pattern. The results can be seen above on the archer. 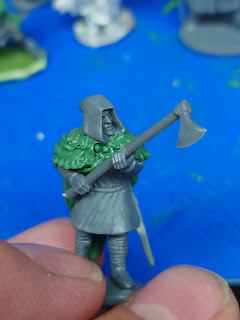 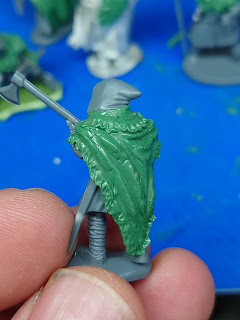 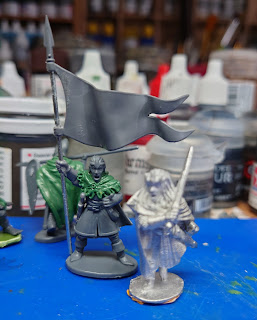 Gildor finally arrives from Northstar to take charge of another Wing of Elf spearmen. I was looking through my collection for a good leader figure, then remembered the Wood elf king from the Oathmark metals. He'll do for Gildor I thought. 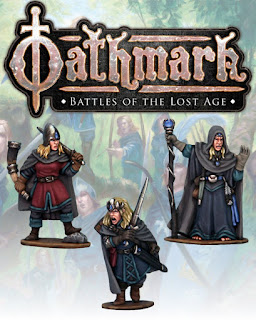 I plan for the Gildor companies to be a little more war like in appearance than those of Lindir, with different armour etc.

His rather glamorous banner is from a Fire Forge Northman plastic box set. I used the same one for Bard but made sure to replace the staff with a metal one after the last one snapped very easily. 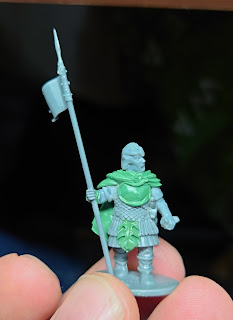 I love the subject line!
Neil

Your green stuff work is becoming quite excellent. Love the orc especially.
Frank

All the best. Aly

Oh right many thanks, I will have to give those a try. Cheers Aly