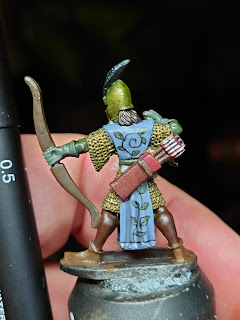 While finishing off some old Elves that have been sitting around for two years, I had an idea. I dug out the 0.5 pen and tried out some simple leaf designs. Once dry, I washed over the leaves with some green ink for colour. 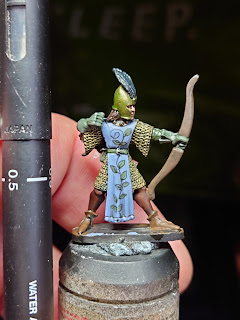 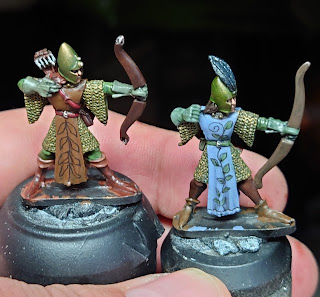 This new unit incorporates some of the Russet browns into the blue colour scheme. When I started painting these Elf archers, they were based on High Elves. Lots of nice blues and gold's. Later when I started my Battle of Five Armies project, Silvan Elves were called for with their browns and greens. These latest paint jobs are a good blend of the two, and help merge the forces together. 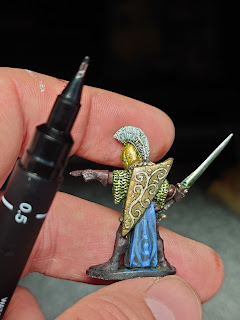 I also used the pen to go around this shield pattern to make it more of a detailed design.
Posted by Secundus at 5:51 pm

It makes a nice change from Orcs doing Elven stuff. It's good for the soul. :)